Things change so be sure to check with venue to confirm shows.

LINKS to venues and bands.

To be listed on the blues calendar please send information to calendar@azblues.org.  Be sure to include the start time.

Blues Shows In and Around Town 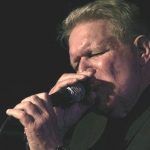 $5 cover at the door. Sets at 9pm & 10:30pm Paul Green/harmonica, Susan Artemis/piano, Lee Gardner/bass Casey Hadland/drums Paul was elected to the Washington State Blues Society Hall of Fame, and the annual Best Blues Harmonica Award was named after him by that same organization. In 2017, the Blues Society presented Paul with their Life Time Achievement Award. His most recent CD released on the Pony Boy Jazz label, Creativity, is made up entirely of his original lyrics set to jazz instrumental melodies, a style known as Vocalese. Join this great quartet for a mix of standards and a blues or two with some unique jazz and blues harmonica styling. You can learn more about him at his website paulgreenblues.com

Heather Hardy and Taste of Jazz

$15 cover. Heather returns with her all star lineup of Tucson area jazz greats for a special concert melding blues & jazz into a perfect blend. These session players supporting Heather are some of the best in Tucson so don’t miss this concert. For tickets and reservations, please go to: https://www.montereycourtaz.com/calendar.html?loxi_pathname=%2Fheather-hardy-taste-of-jazz-2-10731

$10 cover. Connie Brannock brings her excellent funk, blues, soul, and groove show back for another great night of music & dancing. This always sells out so get your tickets and table reservations early. For tickets and reservations, please go to: https://www.montereycourtaz.com/calendar.html?loxi_pathname=%2Flittle-house-of-funk-19-12424

Luz de Vida: A Benefit Concert for Survivors of Trauma

$10 adv / $12 day of show — all proceeds donated to Homicide Survivors, Inc. Featuring a Fort Lowell Records Showcase: Tracy Shedd, Soda Sun, Gabriel Naïm Amor, La Cerca, Kitimoto, Young Mothers, JPW Luz de Vida – Spanish for Light of Life – is an expression of community, love, healing, grace and hope, a positive response from Tucson musicians and national artists. The original Luz de Vida project began in the days after the Jan. 8, 2011 shooting that took the lives of six people and injured 19 others, including Congresswoman Gabrielle Giffords, and shook the Tucson community and nation. For the 10th anniversary of the tragedy, members of the original Luz de Vida production team partnered with Homicide Survivors, Inc. to release a second compilation record, featuring Tucson and national artists and released on Fort Lowell Records.

$10 cover at the gate. The Amosphere takes the Plaza stage for Congress Cookout!

View on Google Maps
May22 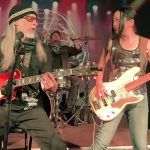 $10 cover. Fronted by the incredible pipes of Ms. Anna Warr- this big brassy blues band is HUGE! For tickets and reservations, please go to: https://www.montereycourtaz.com/calendar.html?loxi_pathname=%2Fgiant-blue-6-12440

View on Google Maps
May29 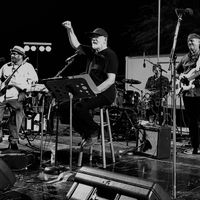 Straight ahead blues from a great group of musicians!

Gates open at 2:30pm. For more information on the event and ticketing, please go to flagstaffblues.com

Gates open at 11:00 a.m. For more event information and for ticketing, please go to their website: flagstaffblues.com